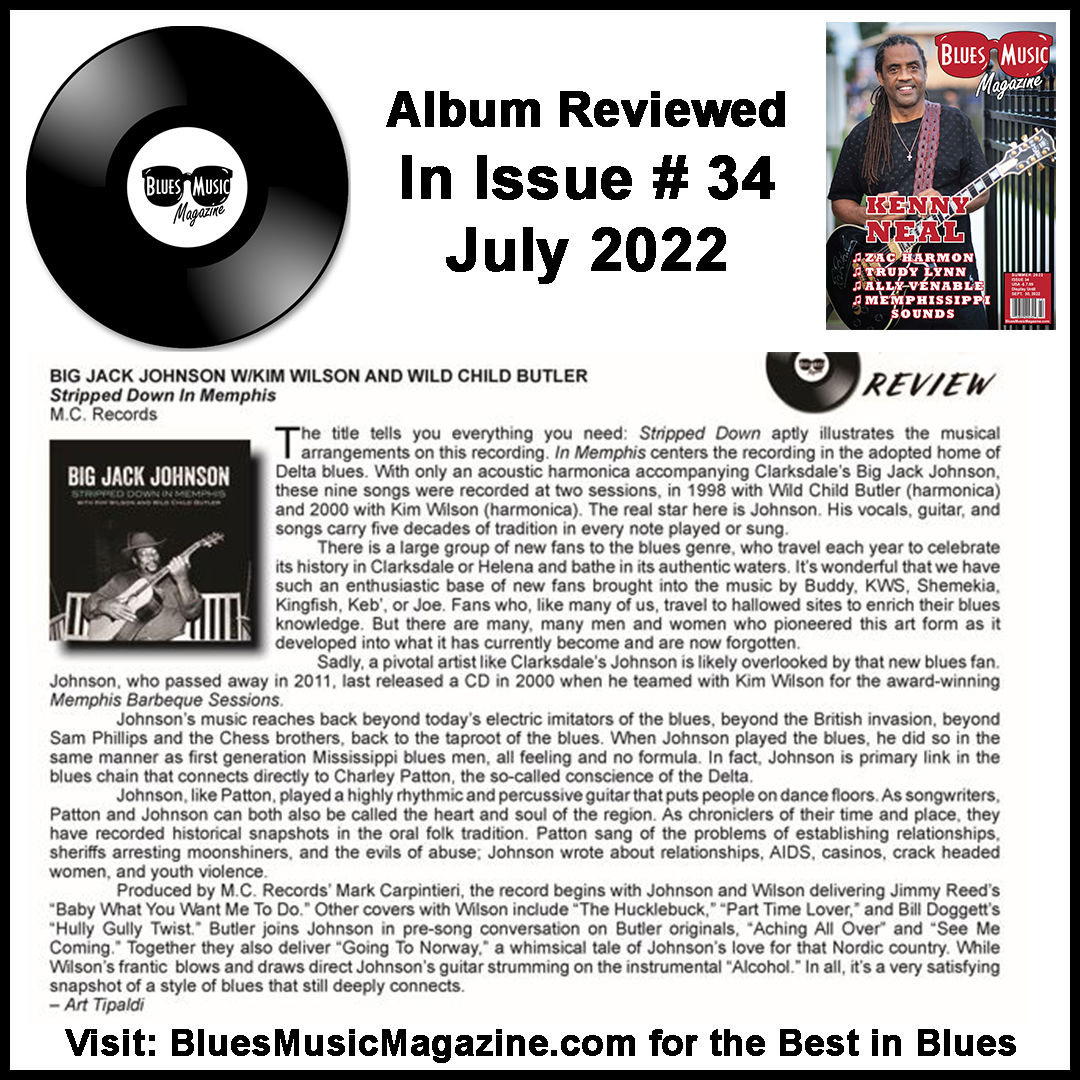 M.C. Records is proud to release "Stripped Down In Memphis" by legendary Mississippi blues man Big Jack Johnson. This posthumous, acoustic release was recorded during several sessions in Memphis in 2000. All the tracks have never been released before and feature either the late Wild Child Butler or Kim Wilson on harmonica. The extended EP contains nine songs.

M.C. Records recorded and released four recording by Big Jack Johnson from 1996-2002. His collaboration with Kim Wilson, "The Memphis Barbecue Sessions" won The Blues music Award for Acoustic Records of the Year