The Kid / Corritore combination would seamlessly interweave their characteristic musical backing around each singer's style and each song's assignment. The original issue was a benefit CD rushed to provide relief for Kid during his cancer treatment of 2012. This time around Bob researched the vaults to find four spectacular unreleased tracks. 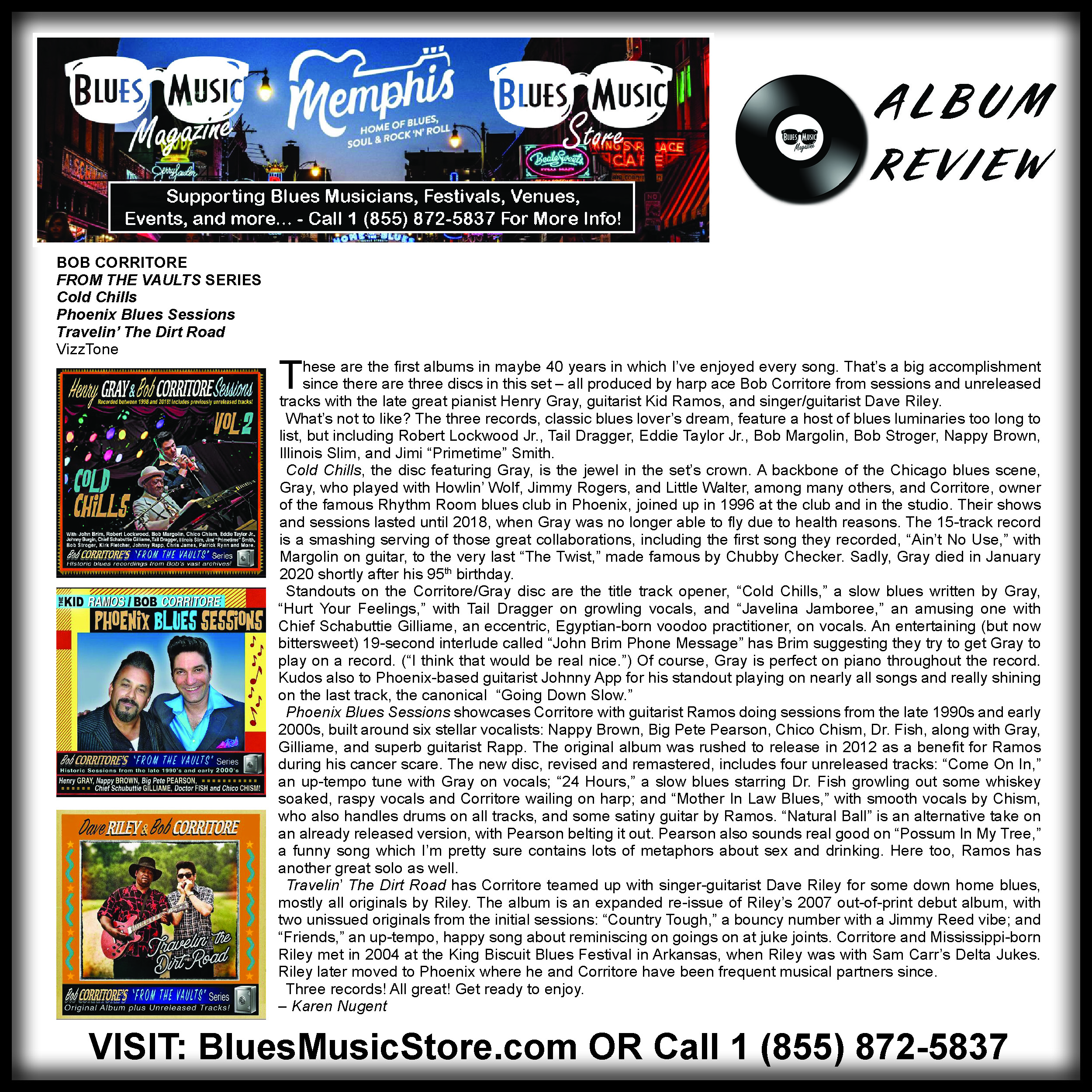