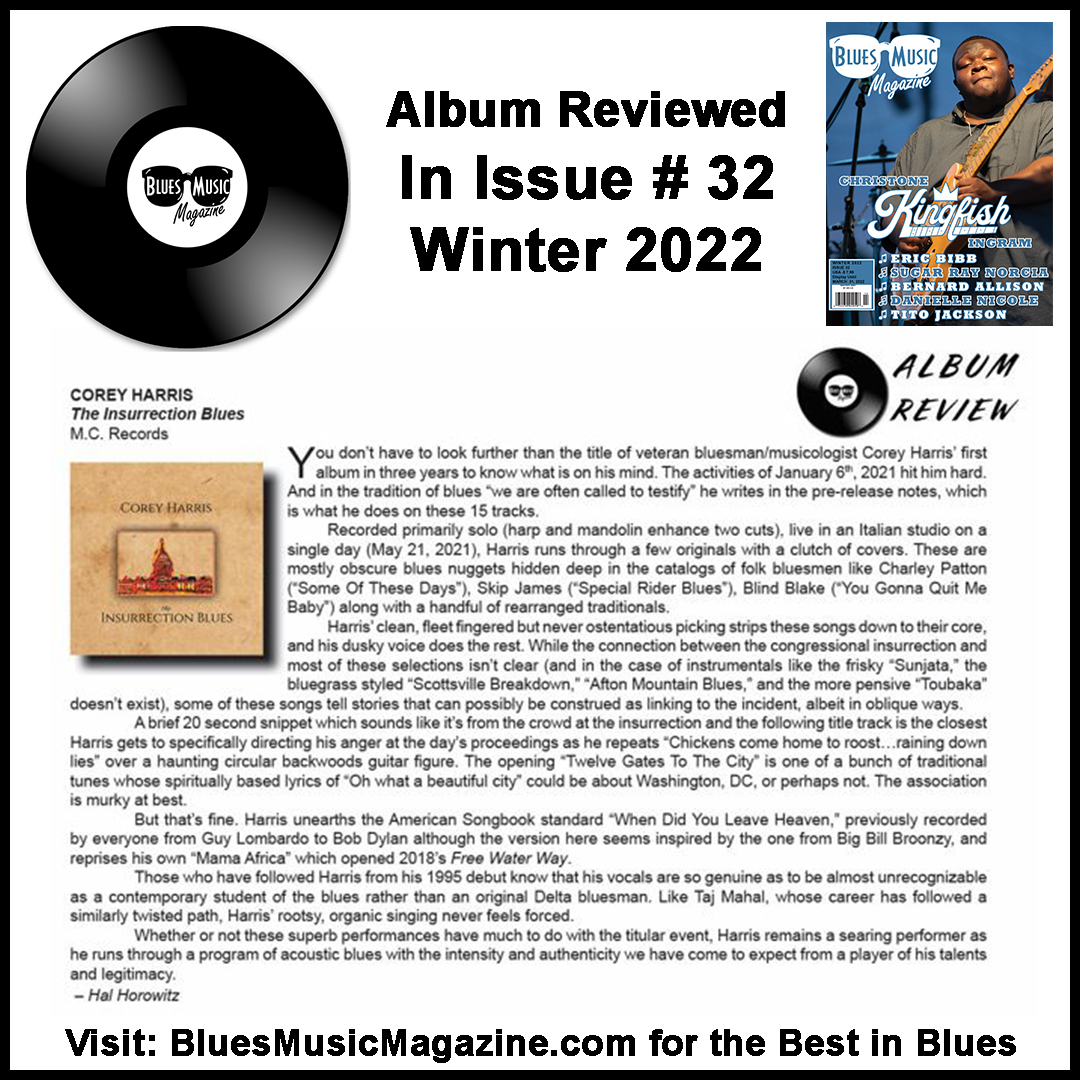 This is the blues man's 1st recording in over 3 years.

Insurrection Blues, Harris' 20th album overall and first for M.C. Records, continues a blues journey that began with his debut album Between Midnight and Day in 1995. The songs are full of topical relevance, yet steeped in tradition and informed by his musical explorations over the decades. Recorded in Italy under shutdown conditions, the album returns to the solo acoustic format that's been his base since his early days as a street singer in New Orleans.

He was featured in the Scorsese film ''Feel Like Going Home'' and on the now-classic ''Mermaid Avenue'' albums of rediscovered Woody Guthrie songs. He's collaborated with the likes of B.B. King, Buddy Guy, Tracy Chapman, and Dave Matthews, and won honors including the MacArthur Fellowship's ''genius award.''

With Insurrection Blues he returns to acoustic basics while offering some necessary commentary. Like many of us, he was paying attention to national events during the pandemic lockdown. And when he saw the profoundly disturbing events in Washington DC on January 6th, the path of his next album became clear. ''I play music because I have something to say, and I'm thankful that I can eat because of it.''

The album's most explicit commentary is its title song, ''Chickens Come Home to Roost (Insurrection Blues),'' which is preceded by a sound clip of the actual event. ''When you have people talking about hanging the Vice President, and nobody gets more than a slap on the wrist legally, then it's time to take a look.'' Other songs relate to the theme by virtue of spirituality and mood.