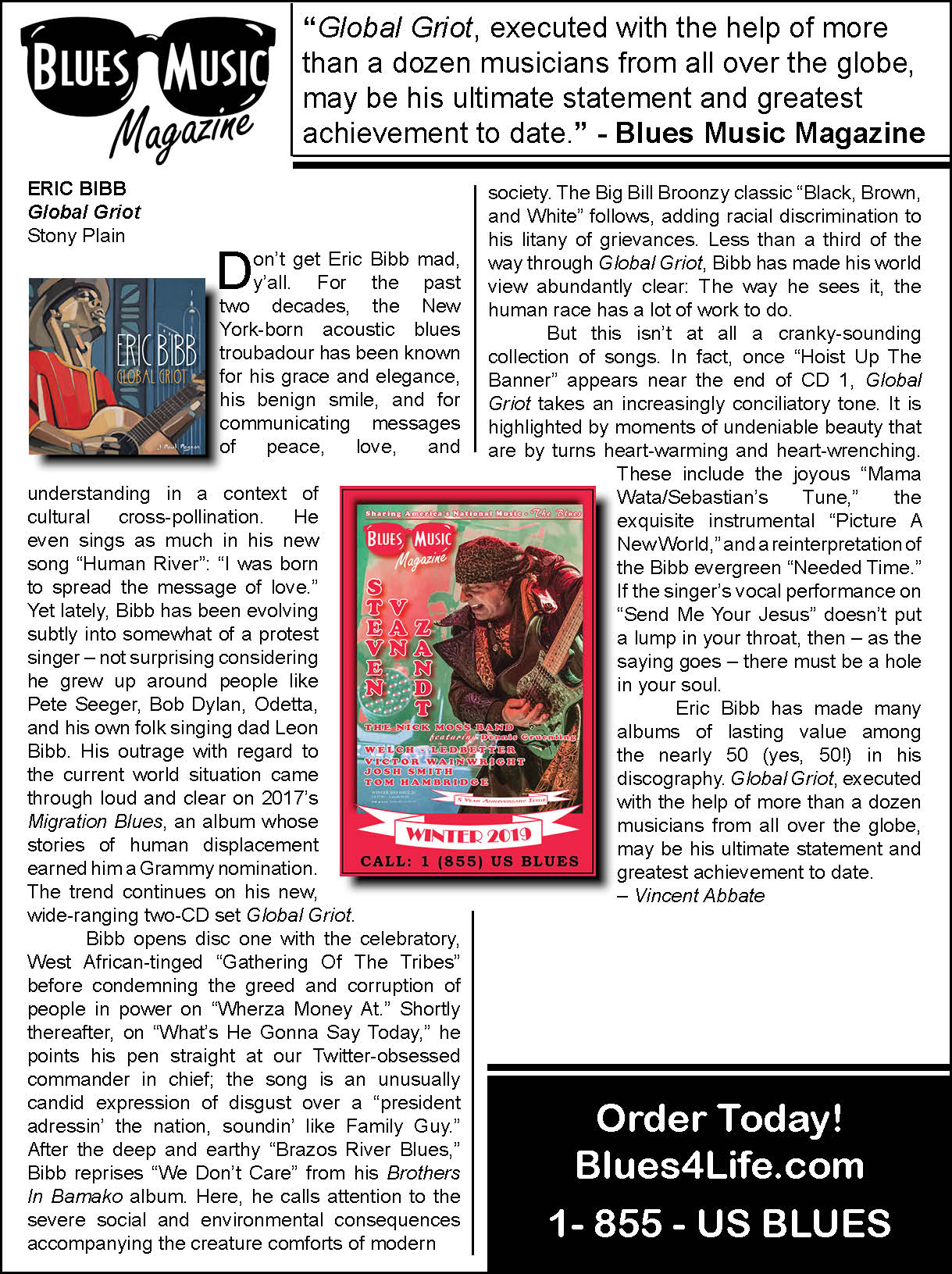 On the heels of Eric Bibb’s Grammy nominated "Migration Blues" comes his most ambitious project to date, the 2-disc set "Global Griot." It is easy to point to Eric’s accomplishments. A five-decade career recording with folk and blues royalty. Two Grammy nominations and multiple Blues Foundation awards. A following that not only crosses borders, it crosses continents. His father, the late Leon Bibb, was an activist, actor, and folk singer who marched at Selma with Dr. Martin Luther King. Eric’s youth was spent immersed in the Village folk scene. Names like Dylan, Baez, and Seeger were visitors to his home. He was deeply influenced by Odetta, Richie Havens, and Taj Mahal. And he has synthesized all of that into his inimitable style. Troubadour is the word that best describes him. He slides neatly between genres as he builds bridges with musicians from the UK and Europe, pickers from North America, and kora players from West Africa. “GRIOT - (in West Africa) a member of a caste responsible for maintaining a oral record of tribal history in the form of music, poetry and storytelling.” “It’s an honor and a great pleasure to introduce you to my fellow Global Griots with this gathering of the tribes.” – Eric Bibb