FRANK BEY - BACK IN BUSINESS 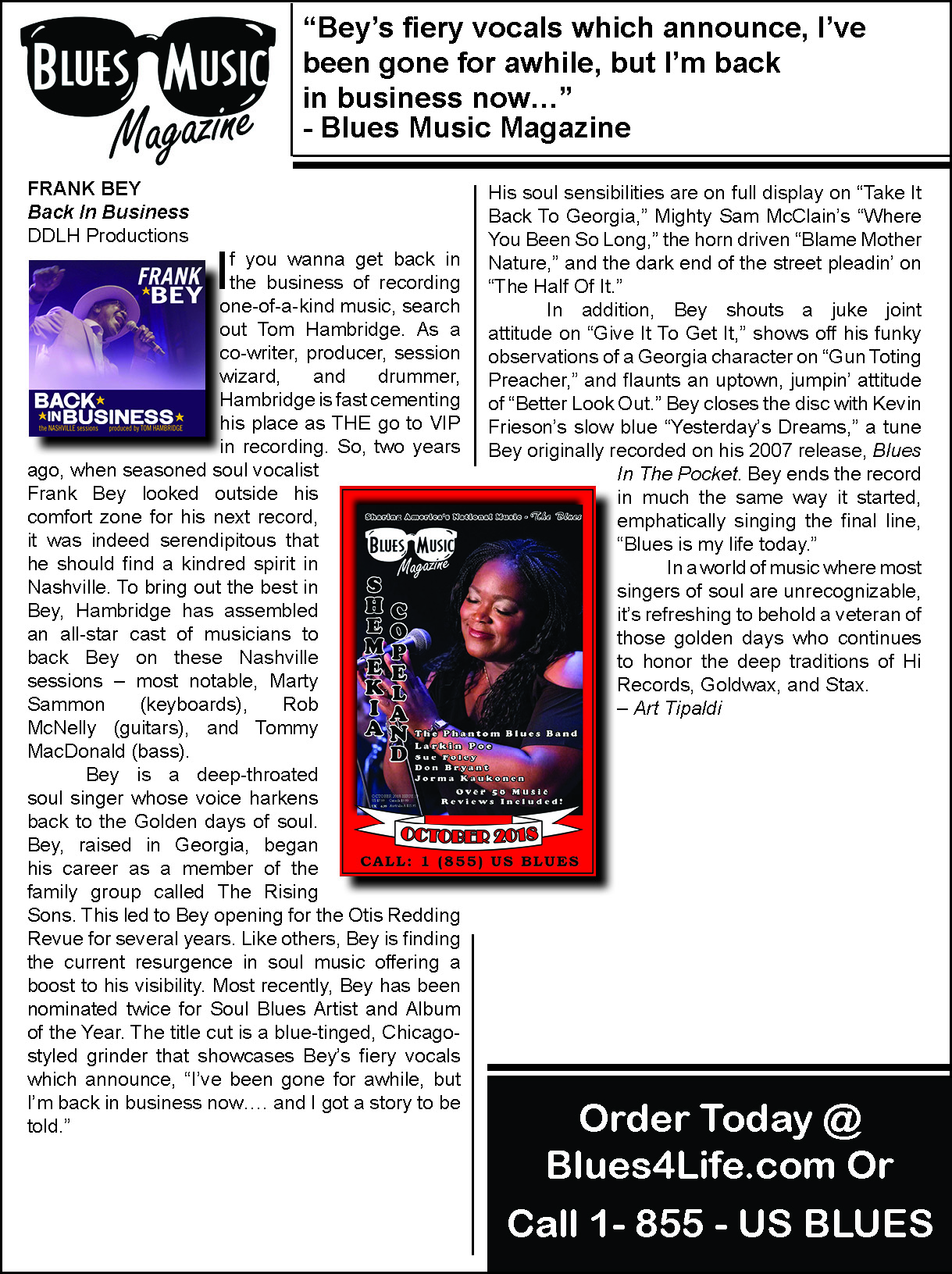 Born and raised in Millen, Georgia, Frank Bey began his singing career performing gospel at the tender age of 4. Along with his brother and two cousins, their group “The Rising Sons” toured around The South making live appearances as well as radio broadcasts. At age 17 he joined the Otis Redding Revue working as the opening act for several years. During his time with Otis Redding, Frank learned to captivate and mesmerize an audience with a song. ​

In the early 1970s, he formed a tight-knit radical funk group - Moorish Vanguard. But in a record deal gone wrong with James Brown, it all fell apart. Abandoned by his closest friends, Frank quit singing for 17 years. Eventually, Frank would find that he could never walk away from his dream. He returned to music, and despite a sudden battle with kidney failure, connected with an internationally touring blues band.

On stage, whether for hundreds at international music festivals or dozens at a local church, Frank Bey is radiant, powerful, and generous. His perfectly self-tailored suits are as sharp and polished as his smooth baritone voice. Off stage, one might just miss Frank. He’s quiet, humble and focused. He walks with a cane, but is still dressed to a “T”, partly because he only has room for show clothes in the closet of his tiny apartment. ​

”Frank Bey had been standing in the shadows of stardom far too long. He has finally stepped out of the shadows.”

“In a time when American Idol-type vocal gymnastics too often pass for soul, Frank Bey is a perfect reminder of what soul singing is really all about: Communication, warmth, and emotional sincerity.”