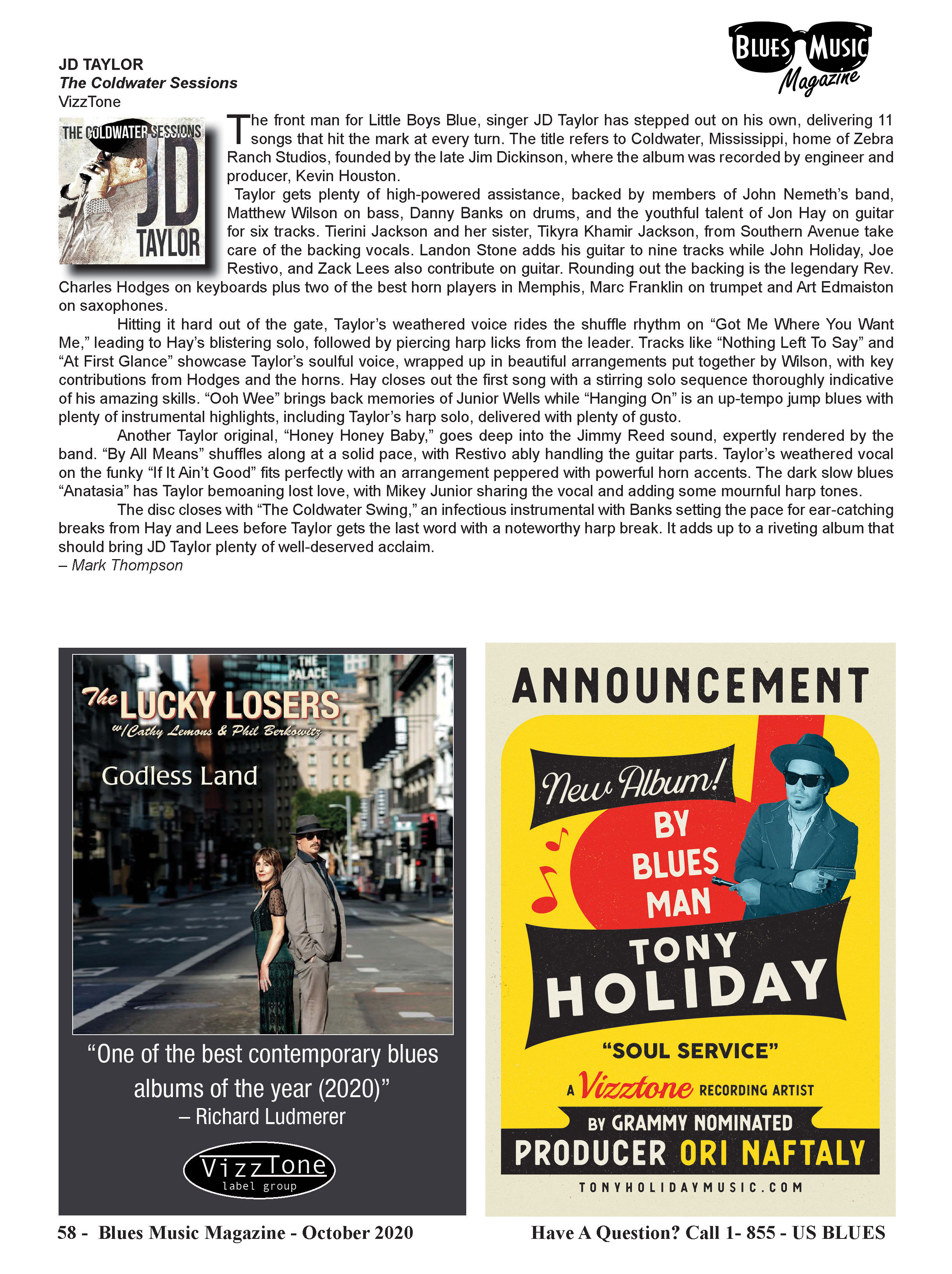 This recording presents original songs with some of the best blues musicians in the fertile Memphis area, including the Grammy-nominated singers from the band 'Southern Avenue' and legendary Hi Records B-3 organist the Rev. Charles Hodges. The album was recorded and co-produced by engineer Kevin Houston at the renowned Zebra Ranch Studio founded by the late Jim Dickinson in Coldwater, Mississippi. Get ready to ride the heavy vibes Of Blues, Roots, and Americana in each of its 11 original tracks.