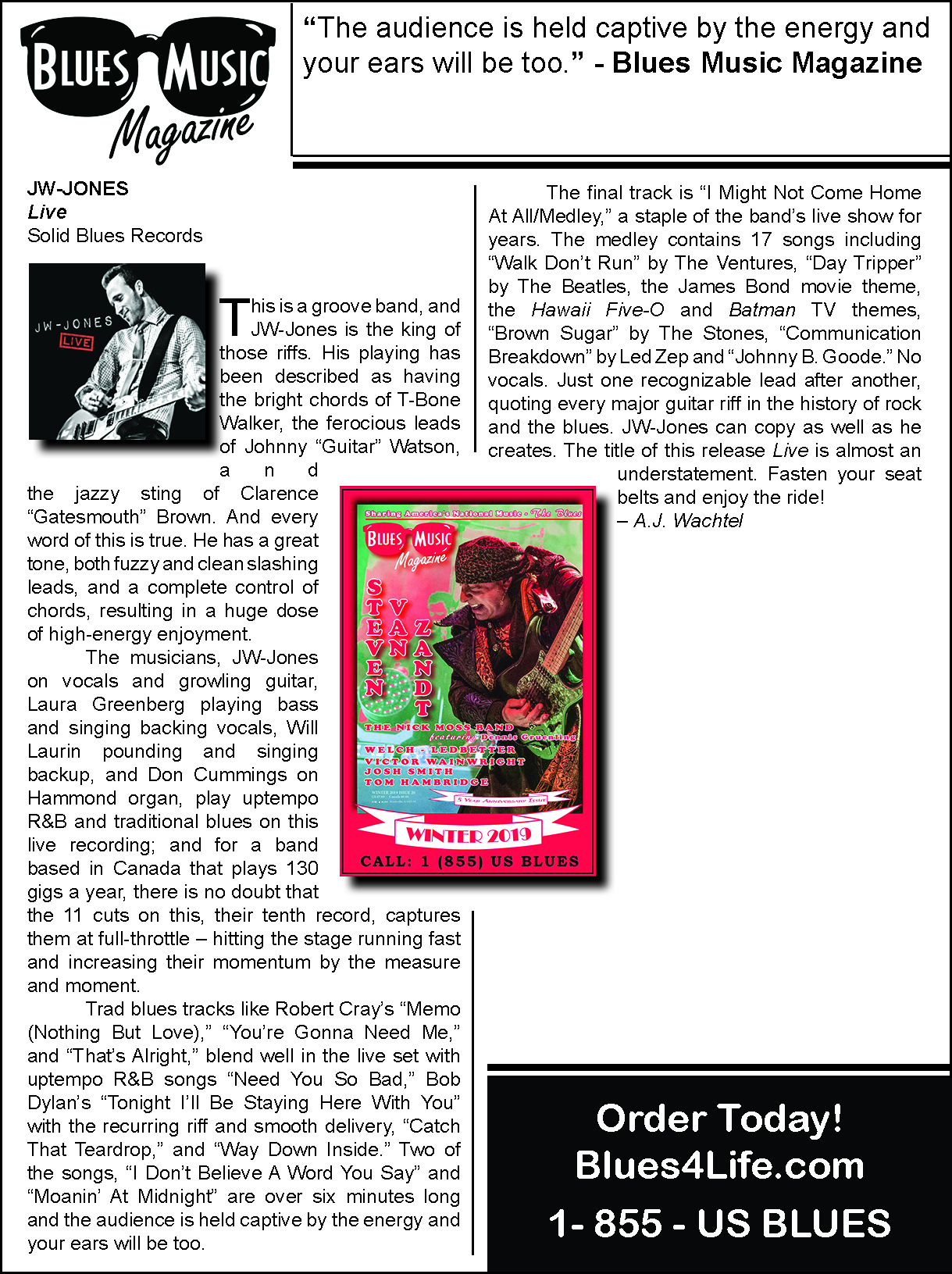 The improv magic you hear on JW-Jones' 10th album, 'Live', is the spark that has awakened new sonic frontiers for the veteran Maple Blues Award-winning Ottawa bluesman. I cranked up my overdrive in concert one night for fun, and it opened up this new world of ideas for me, admits the Juno-nominated Jones, whose searing axemanship has been praised by Blues Revue Magazine as a fluid amalgam of T-Bone Walker's big, bright chords; Johnny 'Guitar' Watson's slashing leads and Clarence 'Gatemouth' Brown's jazzy sting. I felt a new sense of freedom. That sense of freedom resonates through 'Live', an exciting collection of 11 previously-unreleased songs lovingly recorded over two nights at a sold-out Gatineau, QC theatre by producer Zach Allen, fresh off his Best Contemporary Blues Album Grammy Award victory for the Taj Mahal/Keb' Mo collaboration TajMo. This album is a big departure for me, Jones explains. Especially on songs like 'I Don't Believe A Word You Say' and 'Moanin' at Midnight:' both of those songs clock in at over six minutes and I'm playing that overdriven guitar in a manner that I've literally never played on record before.