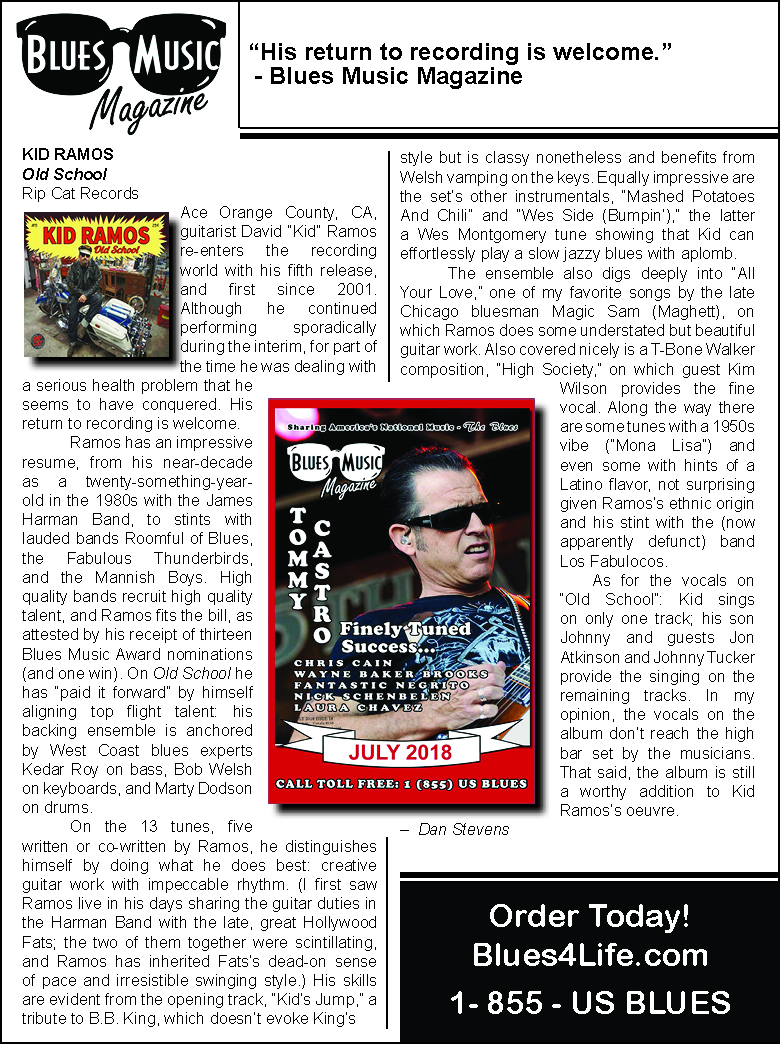 A lot has happened since the last record, Greasy Kid's Stuff in 2001. Since then I've fathered two small boys into young men, beaten cancer. It's been about 17 years. I figured it was about the right time toput a Blues record out. My youngest son Johnny has joined the family business. This is his singing debut on this album and he was only 17 at the time of the recording. I'm excited to still be playing guitar,happy that people still want to see and hear me, and haven't thrown any rocks at me yet.

This album was made in two days at Big Jon Atkinson's home studio in Hayward, California. It was recorded live to tape on two tracks using all analogue equipment, vintage microphones, and the brilliant technique of Jon Atkinson's recording. The album includes the expert playing of Kedar Roy on bass, Marty Dodson on drums, Mike Welch on piano/organ, Danny Michel on 2nd guitar, with the legendary Kim Wilson performing vocals on one song.

JANIVA MAGNESS - LOVE IS AN ARMY

MATTHEW STUBBS AND THE ANTIGUAS

JOHNNY RAWLS - WAITING FOR THE TRAIN