RORY BLOCK - A WOMAN'S SOUL - A TRIBUTE TO BESSIE SMITH 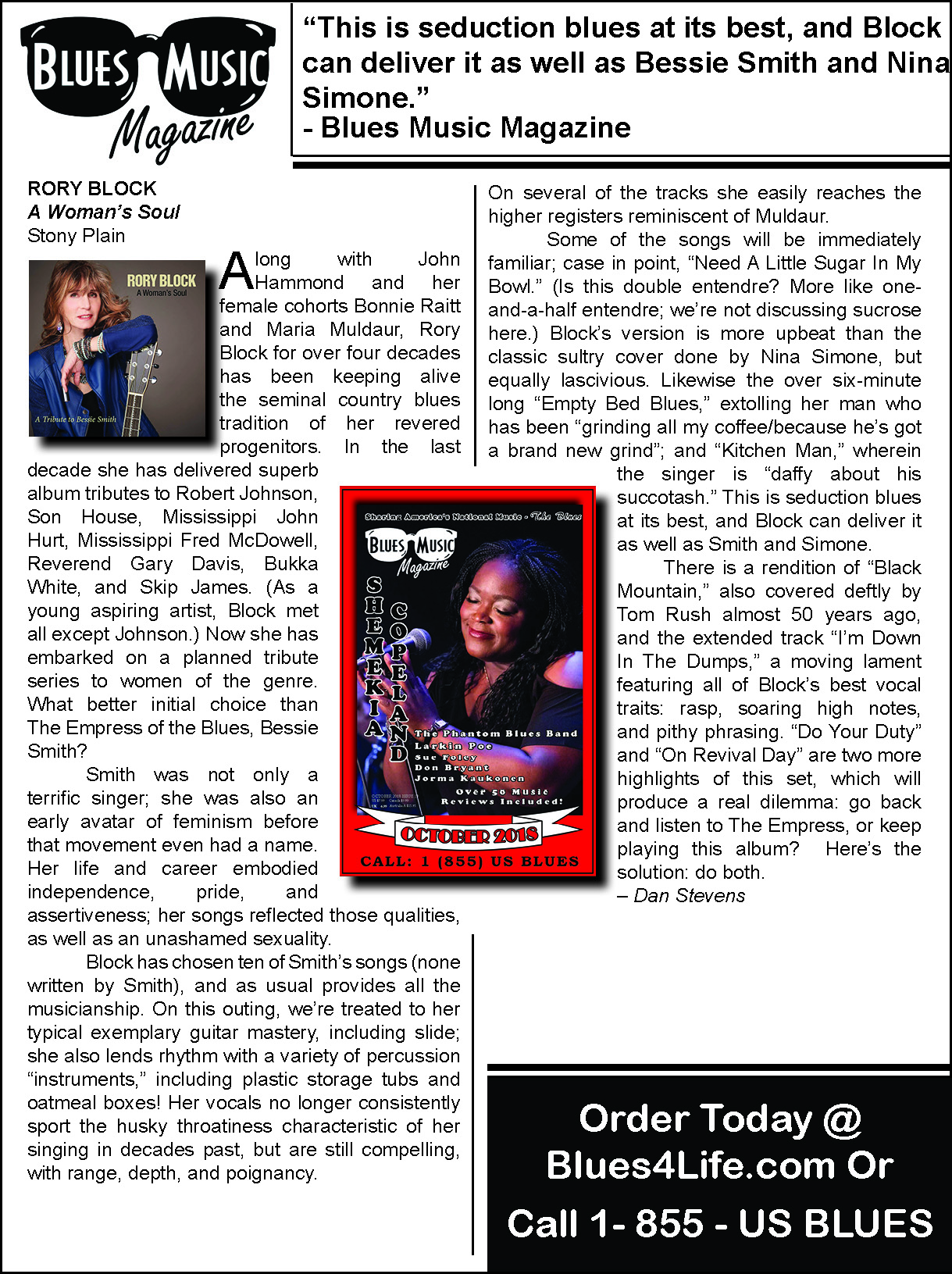 "... Rory Block is currently stretching the limits...
hugely talented... She is one of our national treasures."
The New York Blues & Jazz Society

“Rory Block is the blues... one of the music’s few living legends.”
All Music Guide album pick

"...one of the world's most important preservers of the roots of American music... a national treasure in the form of an uncompromising mature blues artist."
Guitar Extra

"Her playing is perfect, her singing otherworldly as she wrestles
with ghosts, shadows and legends."
The New York Times

"...Rory Block is one of the greatest living acoustic blues artists... she can hold her own with the legends who inspired her."
Blues Revue

"If you like music steeped in tradition and genuine feeling, this is your woman."
People Magazine

"Some of the most singular and affecting Country Blues anyone, man or woman, black or white, old or young, has cut in recent years."
Rolling Stone

"Rory Block has been an inspiration to me since we started out years ago. Her guitar playing, singing and songwriting are some of the most soulful in traditional and modern blues."
Bonnie Raitt

“Rory Block should have a Doctorate in my grandfather’s music.”
Steven Johnson, grandson of Robert Johnson

“When I hear Rory Block’s music, it’s as if my grandfather is here all over again.”
Greg Johnson, grandson of Robert Johnson

TOO SLIM AND THE TAILDRAGGERS - HIGH DESERT HEAT