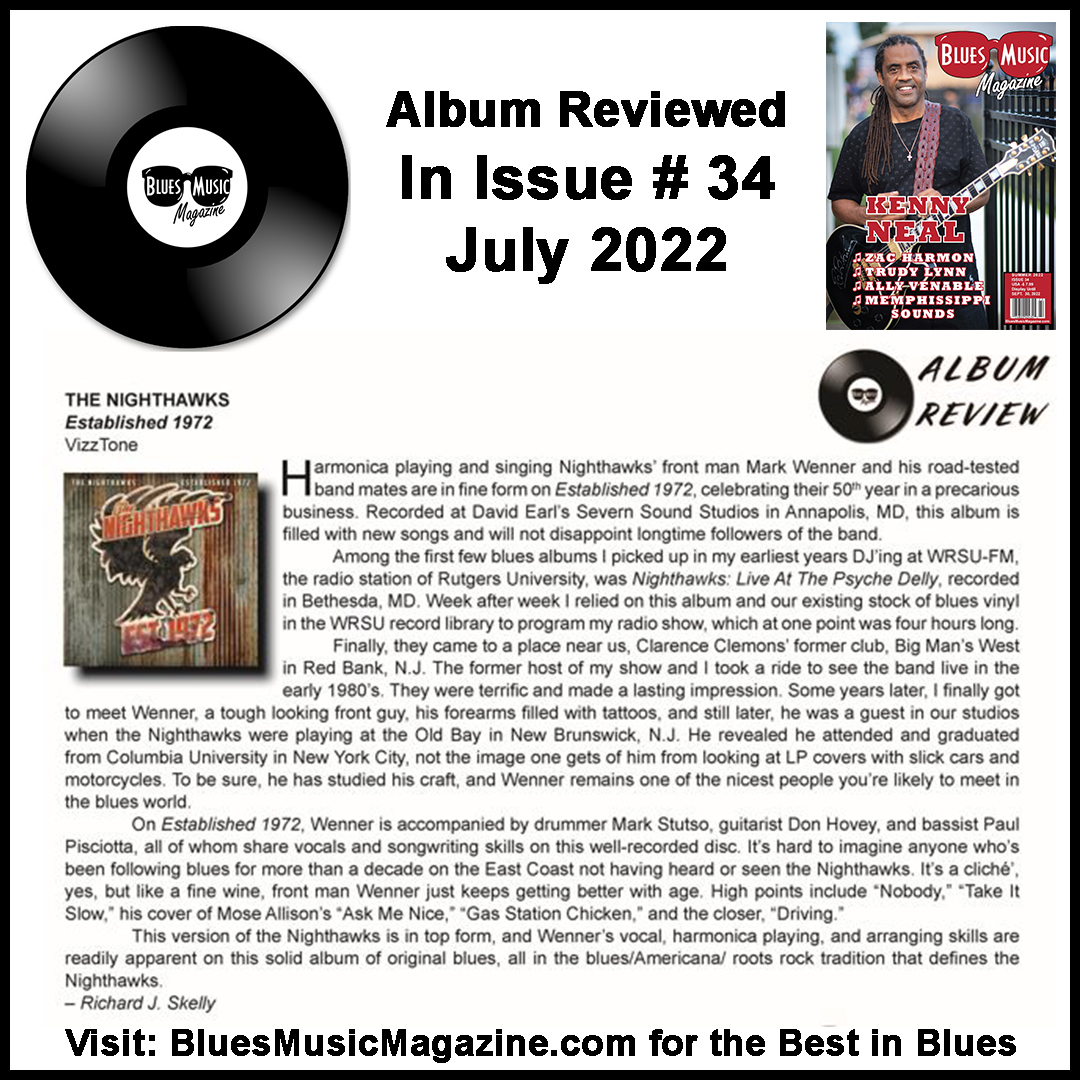 Produced by the Nighthawks and longtime compadre David Earl,
they took advantage of the pandemic slowdown to hunker down in Earl’s Severn
Sound Studios in Annapolis, Maryland and crank out fourteen new tracks in the
great Nighthawks tradition - rockin’, heartfelt material unbound by any genre
other than the widest range of American roots music.

On this landmark anniversary, founder, lead singer and
harpmaster Mark Wenner is still at the helm, while drummer Mark Stutso,
guitarist Don Hovey and bassist Paul Pisciotta all share vocals and
songwriting, making this lineup one of the strongest ever. Decades of gigs and countless rabid fans have earned
then the name “The Best Bar Band In The World”. This anniversary album
celebrates the legendary Nighthawks, still going strong