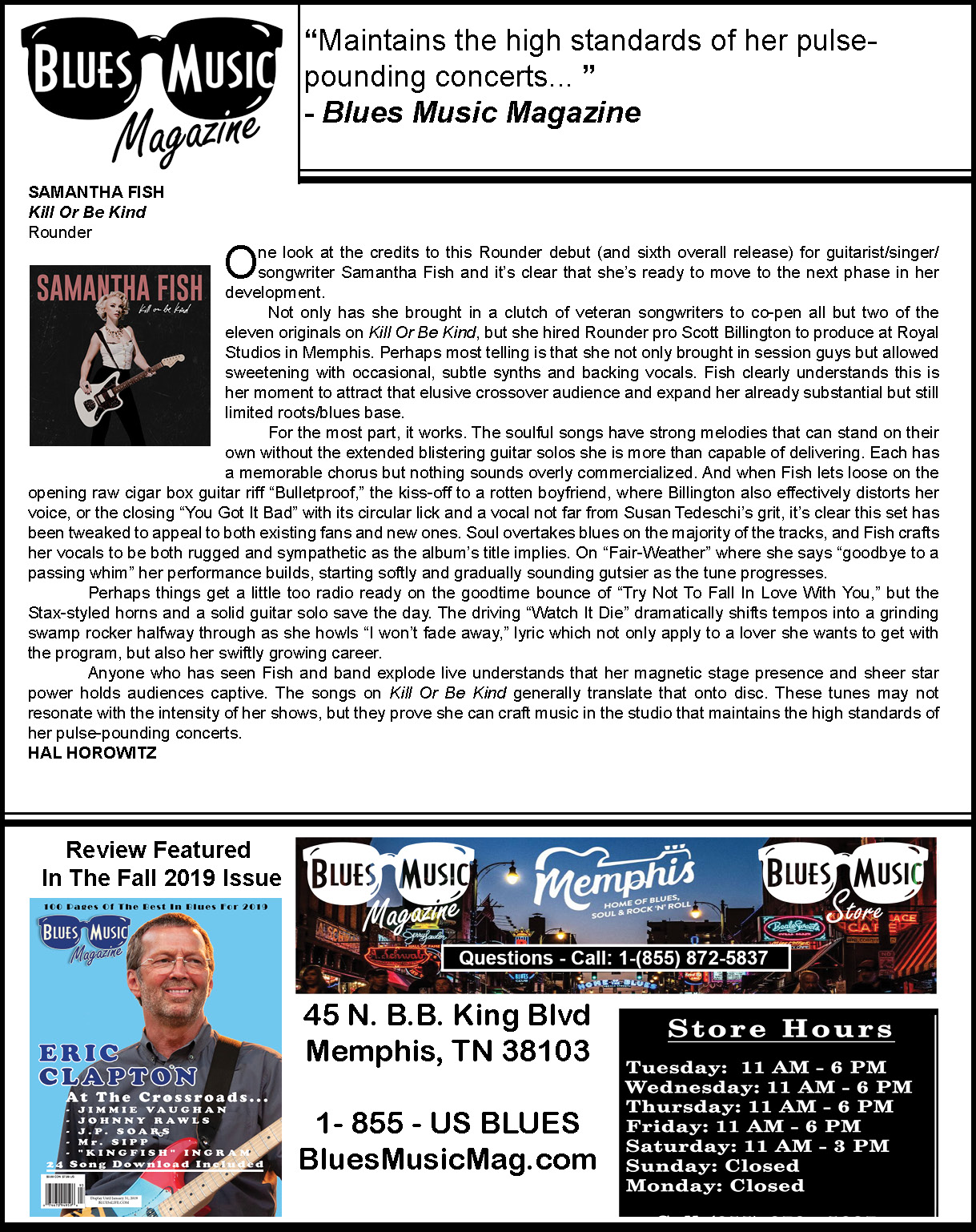 Samantha Fish’s prodigious gifts as a genre-bending singer, songwriter, and electrifying guitarist have inspired tremendous acclaim from critics and her peers and have earned an abundance of awards for the young artist. Now, with Kill or Be Kind, Fish is poised for a major breakthrough. The edgy roots music album was recorded at Royal Studios in Memphis and produced by three-time Grammy winner Scott Billington and mixed by two-time Grammy winner Steve Reynolds.

Boasting 11 original songs ranging from the Mississippi technostomp of “Bulletproof” (played on cigar box guitar) to the sweet Memphis R&B of “Trying Not To Fall in Love With You,” the album features co-writes with Jim McCormack, Eric McFadden, Parker Millsap, Katie Pearlman, and Patrick Sweany and is sure to establish Fish as a potent force in roots music.