AL BASILE - ME & THE ORGINATOR 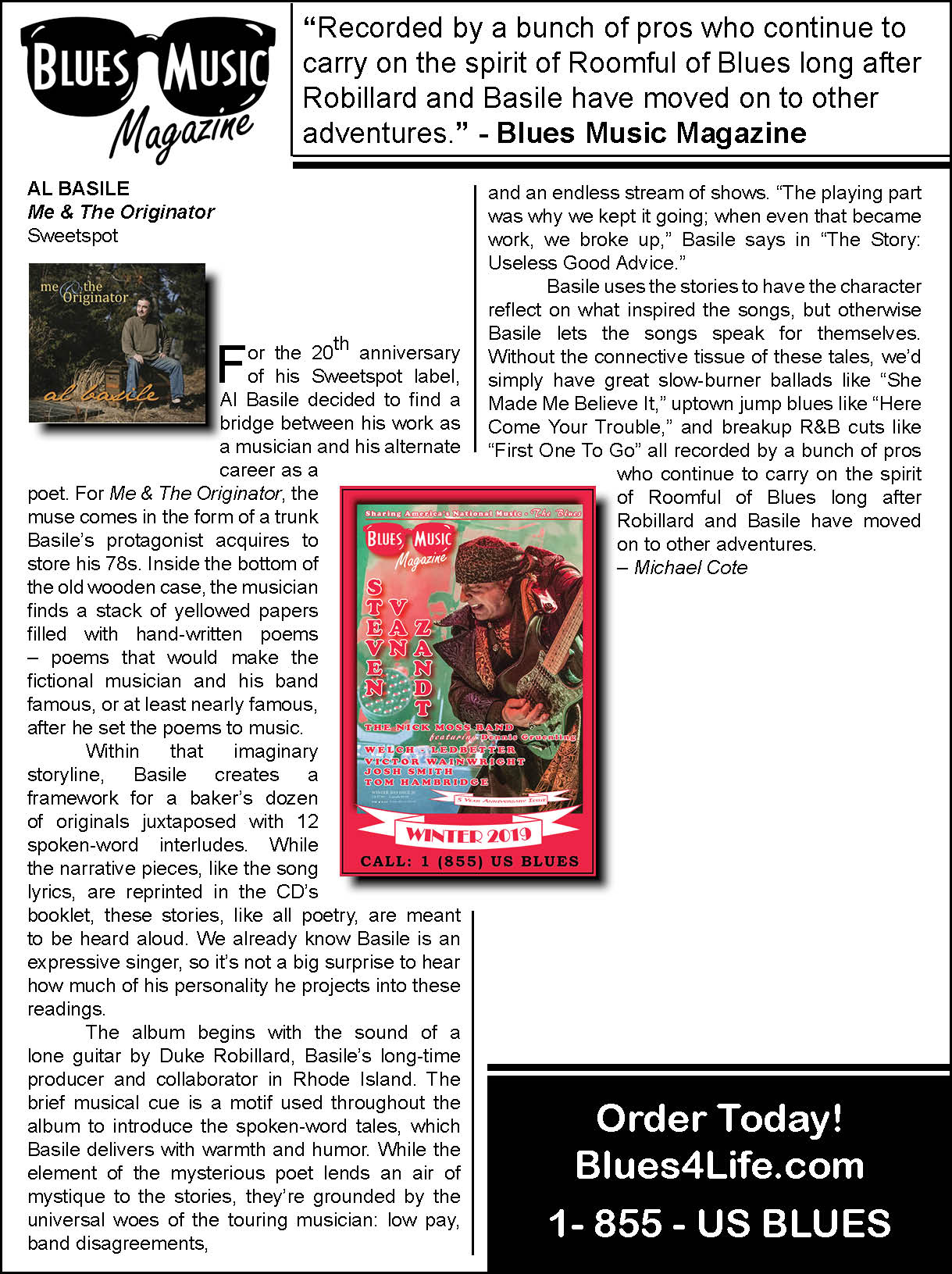 Al Basile grew up in a park in Haverhill, Massachusetts. He graduated from Phillips       Academy  in 1966, and in 1970 he was the first to receive a Master’s Degree from the Brown University Writing Program. He began his musical career as a cornet player with Roomful of Blues in 1973, and has worked with the Duke Robillard Band as a songwriter and recording member since 1990, appearing on twelve CDs and a DVD; his songs have been used in films and television and covered by such artists as Ruth Brown and Johnny Rawls, and bands New Jump Blues and the Knickerbocker All Stars. He has twelve solo blues and roots CDs out under his own name, the last several having reached the top 15 on the Living Blues airplay charts in their year of release. They have all been produced by Robillard and feature his guitar playing and many former Roomful members: guest artists have included the Blind Boys of Alabama, jazz great Scott Hamilton, and the late Sista Monica Parker. He has been nominated five times, in 2010, 2012, 2013, 2014, and 2015, for a Blues Music Award as best horn player. While hundreds of his songs have been published since the Sixties, his poetry and fiction has begun to be published in recent years. He taught full time at the Providence Country Day School in East Providence, RI from 1980-2005 and since then has concentrated on his  writing, performing, and recording.